Flore Sentenac, winner of the L'Oréal-UNESCO Young Talent Award for Women in Science 2022

The L'Oréal Foundation, in partnership with the French Academy of Sciences and the French National Commission for UNESCO, is awarding the Prix Jeunes Talents Pour les Femmes et la Science France 2022 to 35 brilliant young female researchers. Congratulations to Flore Sentenac, winner in the "Applied Mathematics and Bioinformatics" category!

The world needs science and science needs women. In order to promote the scientific excellence of women, the L'Oréal Foundation, in partnership with the French Academy of Sciences and the French National Commission for UNESCO, is rewarding 35 talented women scientists at the doctoral and post-doctoral levels, as part of the Jeunes Talents France program. 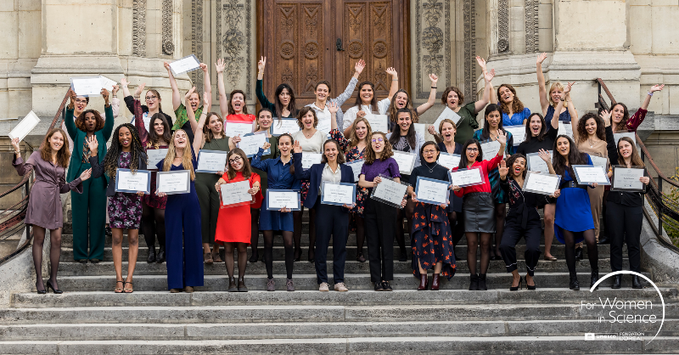 For the 16th edition of the Young Talent Awards France, the L'Oréal Foundation and its partners are reaffirming their commitment to women scientists in order to accompany them, make them visible and support their research. This year, 23 female doctoral candidates and 12 female post-doctoral candidates were selected in France from among 660 eligible applications by a jury of excellence composed of 28 researchers from the French Academy of Sciences. Among them, five mathematicians, including Flore Sentenac for her project: "Sequential matching in random graphs", who is devoting her thesis to machine learning, i.e. artificial intelligence to better determine the performance of algorithms.

Flore Sentenac graduated from École Polytechnique and holds a Master's degree in Mathematics, Vision and Learning. She is currently PhD student at CREST - a joint interdisciplinary unit of research and faculty members of CNRS, ENSAE Paris, ENSAI and the Economics Department of Ecole polytechnique-, under the supervision of Vianney Perchet (teacher-researcher and co-director of the Data Science, Statistics and Learning track at ENSAE Paris). At the same time, she teaches at ENSAE Paris, as a lecturer.